VS Naipaul dies at 85: All about the Nobel Prize winning author

VS Naipaul dies at 85: All about the Nobel Prize winning author

famous Indian author VS Naipaul passed away on Saturday at the age of 85.

“He was a giant in all that he achieved and he died surrounded by those he loved having lived a life which was full of wonderful creativity and endeavour,” his wife Lady Naipaul said in a statement, as per PTI.

Some of his most famous books are A House for Mr Biswas, An Area of Darkness — which is an account of Naipaul’s trip through India in the early 1960s — Miguel Street, India: A Million Mutinies Now, The Middle Passage and The Overcrowded Barracoon.

UAE and Sweden to enhance trade and investment ties

Here are some facts you shouldn’t miss about the Nobel Prize winner, VS Naipaul: 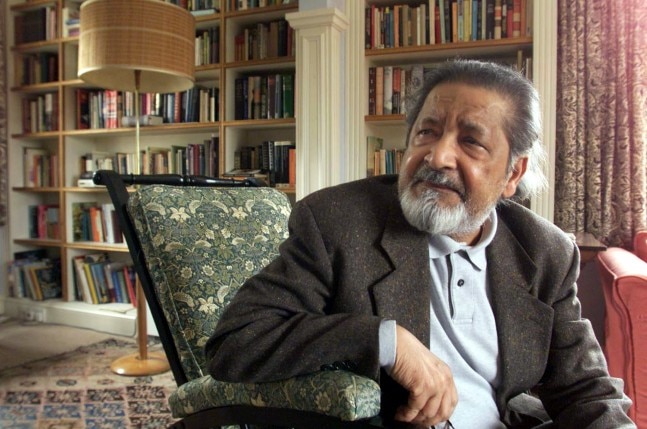 British author VS Naipaul at his home near Salisbury, Wiltshire, October 11, 2001 after it was announced that he has been awarded the Nobel Prize for Literature. The 69-year-old, Trinidad-born writer landed the award for “having united perceptive narrative and incorruptible scrutiny in works that compel us to see the presence of suppressed histories”, according to the prize academy. (pic: Reuters) A person displays a book with the title Mystic Masseur written by VS. Naipaul at the Frankfurt book fair October 11, 2001. Naipaul, aTrinidad-born British writer, won the 2001 Nobel prize for literatureon Thursday. REUTERS/Ralph Orlowski