Of the Nordic countries, Sweden is usually held up as a role model. But in these times it's worth taking a look at Finland. The coronavirus infection rates are lower than in the rest of Europe. Why is that?

Finland currently belongs to the countries around the world which is coping best with the coronavirus pandemic. As of November 19, Johns Hopkins University recorded around 19,900 cases and 374 deaths. No other European country has lower rates.

In comparison, Denmark, with a population size of around 6 million, similar to that of Finland, currently stands at 65,000 coronavirus cases. In Slovakia, also comparable to Finland in terms of population, some 91,000 people have contracted the virus. Sweden has twice as many inhabitants, but with 196,000 infections almost 10 times as many cases.

So what is Finland doing differently?

Why Americans Should Adopt the Sweden Model on Covid-19

Back in Spring, as the number of infections skyrocketed around the world, the Finnish government reacted promptly and imposed a two-month long lockdown. Travel to and from Helsinki and the surrounding areas was banned. Schools and other institutions were closed, quickly followed by restaurants.

“Finland moved relatively quickly and comprehensively to introduce curbs on public life. It did so around two weeks earlier than other Scandinavian countries like Norway and Denmark, not to mention Sweden,” Mika Salminen, director of the Finnish Institute for Health and Welfare (THL), told German public broadcaster Deutschlandfunk Kultur. The lockdown, he said, helped to slow down the spread of the virus.

Finland relies on the capability to swiftly trace people who have been in contact with those who tested positive. To that end, an app was introduced, similar to the one used in Germany. The track and trace app “Corona Flash” was downloaded by almost every other person.

In Germany, by contrast, the app is only being used by around 22 million people — around a quarter of the population. Partly, that’s because some people’s smartphones are out of date and don’t have the necessary capabilities, while many others are concerned about the misuse of their data. 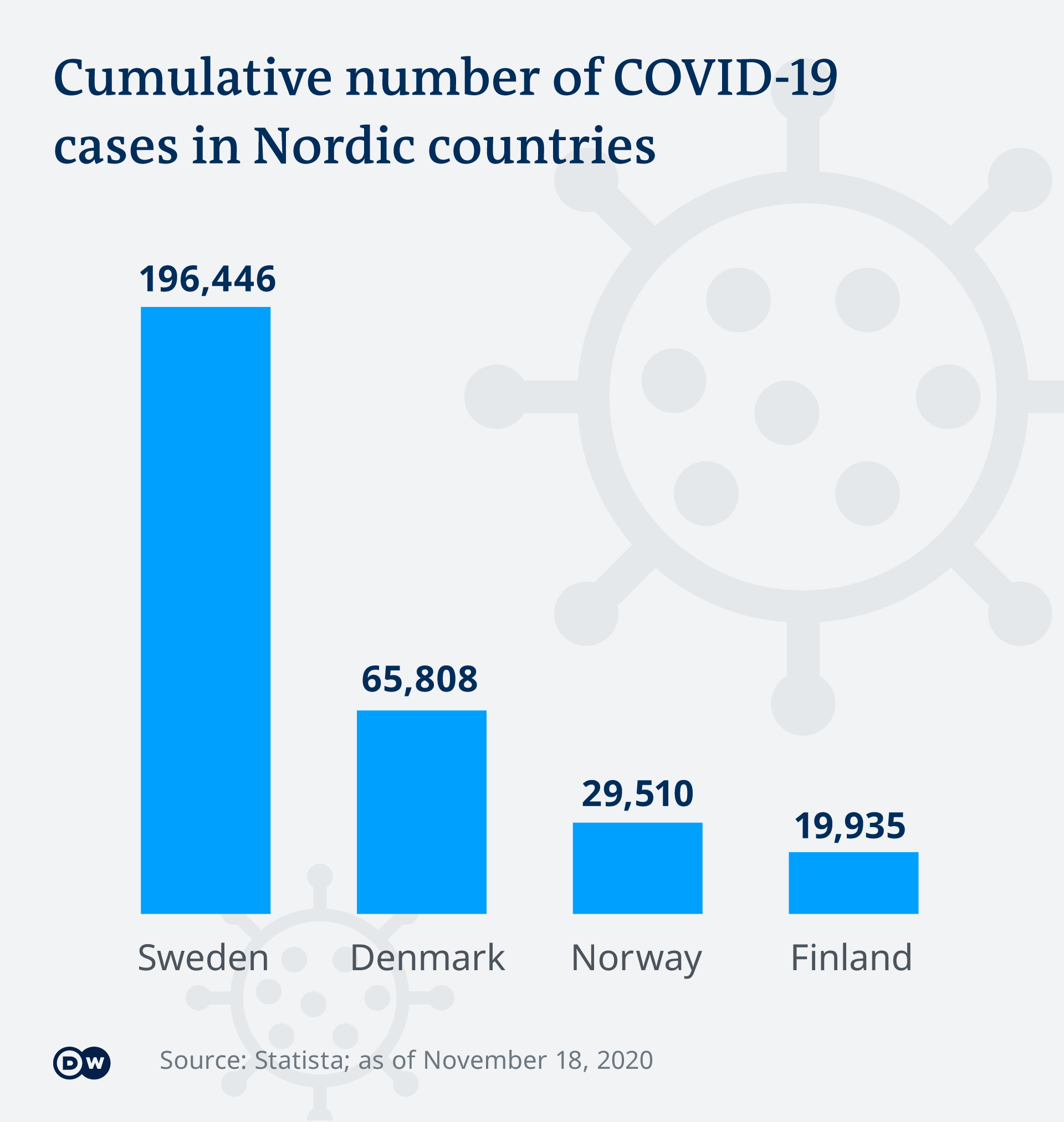 Unlike Germany, where there’s increasing doubt over the government’s response or people simply don’t take the virus seriously, trust in what the Finnish government is doing is relatively high. There’s been very little opposition against the measures, even during the lockdown earlier this year. An EU Parliament survey at the time found that 73% of people said they were coping well with the restrictions.

You’ll also be hard pressed to find protests akin to the “Querdenker” movement here in Germany, whose supporters have been out in force in several cities. “We’re trying to stick to the government’s rules and regulations. I think that also stems from the kind of welfare state we live in,” Rosa Merilainen, a member of Finland’s Green League party, told Deutschlandfunk Kultur.

Another helping factor is the relatively robust state of the Finnish economy. While economic output fell by 14% on average in the EU, Finland’s only dropped by 6.4%, leaving it in a relatively stable position.

The transition to working from home and home schooling has also been much smoother thanks to Finland’s high digitalization standards. Having a laptop at their disposal is a given for the country’s pupils. That’s a far cry from the situation in Germany.

According to a study by the German society for digital literacy, there’s one laptop for every 68 pupils. Low-income families have struggled particularly with the concept of home schooling, which may go some way towards explaining the lack of support for the German government’s handling of the pandemic. 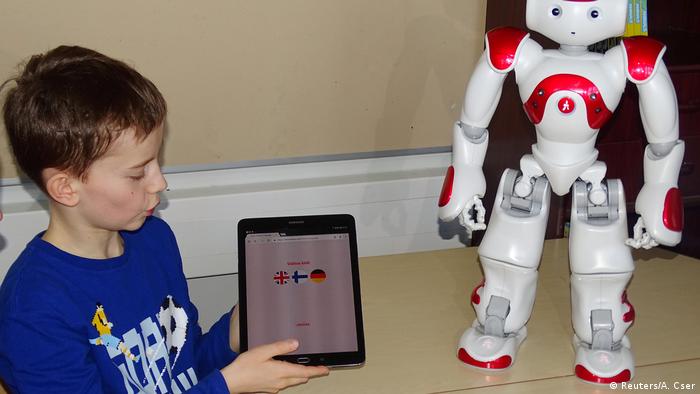 The German government recently released an online ad in which it urged people to stay at home and embrace the couch potato concept. That obviously doesn’t come easily to many people. However Finland, yet again, appears to be bucking the trend.

An EU Parliament survey found that 23% of Finns said their lives had improved noticeably as a result of the lockdown earlier this year. “We’re not very sociable and prefer to be alone,” Nelli Hankonen, a social psychologist at Helsinki University, told the AFP news agency.

Another factor that may play a role is the personal comfort zone — how close you want to get to another person. “It may well be that the Finnish comfort zone is slightly bigger than in other European countries,” said the THL’s Salminen. “We like to keep 3 feet distance between us and the next person. Otherwise we feel uncomfortable.”